History of the European Union 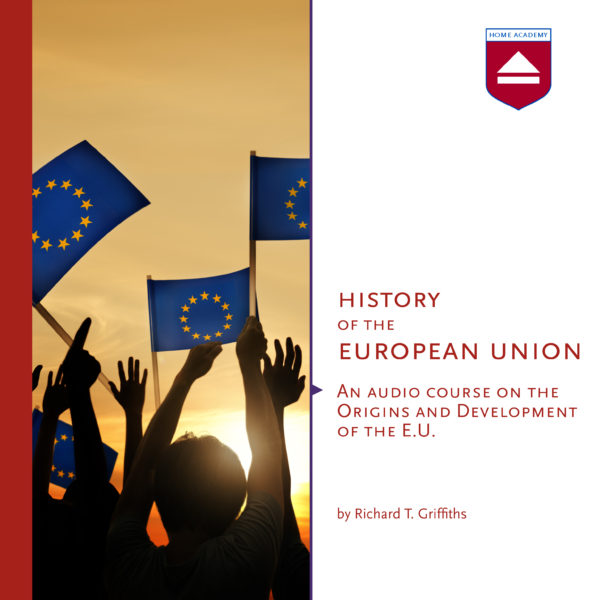 History of the European Union

An audio course on the Origins and Development of the E.U.

The history of today’s European Union (EU) begins in May 1950 when the French foreign minister Robert Schuman offered to pool his country’s coal and steel resources with those of France’s enemy, Germany, under the control of a single supranational authority. A year later the governments of France, Germany, Italy and the Benelux countries signed the Treaty of Paris establishing the European Coal and Steel Community. Hereby, they relinquished their national sovereignty over heavy industry. Since then, the Community has been in constant movement; ebbing and flowing, but never still. Its subsequent development has often been described in two terms – widening and deepening. These are often juxtaposed, but unnecessarily so. By widening is meant expanding the geographical scope of the Community by accepting new member states. By deepening is meant the assumption by the Community of new tasks of the acquisition by Community institutions of greater responsibility in executing the tasks that it already has.

These lectures explain the underlying reasons behind the main developments of the insitutional architecture of the EU. To explain the milestones in that history it addresses three related questions:

– The form: why was supranationality chosen?
– The timing: why did events occur when they did?
– The competencies: why were new policy areas chosen?

To answer these questions we eschew the clutter of day-to-day politics and negotiations and turn to deeper structural causes. The result is a history that is richer and intellectually more satisfying than much of the more elegiac literature of the European Union that passes for history.

Professor Griffiths undertakes research on 19th and 20th century economic history and on historical and contemporary aspects of European integration. His recent works include European Reconstruction: a comparison between post-war Europe and post-Soviet Russia (Moscow, 2003, in Russian) and Europe’s First Constitution: the European Political Community, 1952-1954 (London, 2000).